Healing the Soul of Brazil

Healing the Soul of Brazil
Liberating negative Emotions from the Environment

After my initial training as a chiropractor, in several advanced Shamanic traditions, and in hypnotherapy, I have been working with individuals and groups as a metaphysician for over 30 years. I have now compiled high speed teachable techniques under the titles of "Barkley Archetypal Energy Healing" and “Archetype Negotiation Method”. 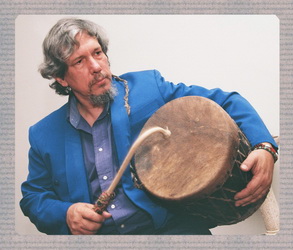 I have consistently observed that all problems experienced by individuals and groups are not individual, nor unique, but are created in a manner you could describe as a 5 dimensional movie projector. These “projectors” are group minds, petrified in time, broadcasting into the human collective unconscious repetitions of past recordings of perceptually similar problems acted out by earlier groups in the past.

I have seen families in Brazil who have some members who are very fat, and others who are very thin, in both cases reacting against the treatment of their ancestors who were persecuted in Nazi Germany. Their condition changes when their unconscious mind learns that it has been solving a problem that no longer exists in Brazil.

Most therapeutic systems attempt to work in a tunnel vision manner, as if the patient’s personal past or personal present conditions are the cause of their problem, and therefore have very limited effectiveness.  Attempts to control a dangerous degree of overweight or underweight with dieting, or any other method that did not remove the negative energy formed by the person’s family karmic patterning, just does not solve the problem.

My own communications with the soul of Brazil show that it is an important country from which to speak many important communications in support of world peace. The archetypal energies to do something real about he world situation are culturally awake in Brazil. The habit of doing something about conditions still needs awakening. Brazil would be a perfect place to undertake experiments as to just what could be the results, nationally and internationally, of a team of competent and dedicated environmental healers really getting into action.

Brasília
Brasília was a capital city created as a governmental sculpture in the countryside. The soul of Brazil has been largely in a state of paralysis for 500 years, as the energetic habit of exporting most money out of the country needs to be healed. This has led to Brazilians tolerating many insane situations such as having the highest bank fees in the entire world. Politicians have not been able to change this, or even the commonality of corruption, because this is probably impossible to do without first healing the early negative financial patterning in the formative years of the country.

The soul of Brasília first needs awakening, to be invited to complete its birth process, and then with her cooperation, heal the original energetic traumas in the formation of the country, including the treatment of the Brazilian Indians and the Negro slaves. This cannot be healed by labelling it as negative, because “negative” and “positive” are simply value judgments. We do not need to judge the past, we need to recover the Soul from the past and wake it up. Each racial heritage in Brazil has brought its own contribution that needs to be honoured.

Most behaviour we notice in society is people acting out of mechanical habit, unthinkingly repeating recording of the past. (Gurdjieff made a similar description to world behaviour as people mechanically moved into the First World War.) In locations where group traumatic events occur, negative memories are left at the site of the traumas, and people unthinkingly repeat the old mistakes. (The biologist Sheldrake refers to this as “Morphogenetic Fields”, others call them “Thought Forms” or “Telesmatic Images”) I prefer to use the modern word “Memes.” “Genes” are the patters that cause body forms, and “Memes” are the patterns that cause behavioural forms.

Repetitive suggestions that war is “moral” and “justified” is being broadcasted more from the Northern Hemisphere media than ever before in history. These negative suggestions are a very serious form of Black Hypnosis, as the “enemies” to be defeated are in unknown places, in a war without end, and “patriotism” demands that we fight back. “You are either with us or you are against us” is pure black hypnosis. This strategy to lead populations to war was used by the Nazis, as learned from the Nuremberg trials, and is now being repeated. Some people do not see this for what it is; mass black hypnosis. Survival of the human race demands that we wake up and see what is being thrown at us, and that we do something about it.

If we fight back with weapons, or let ourselves suffer negative emotions about others negative ideas, or start agreeing with labelling any groups as the group to oppose, we would only contribute to the force of the negative energy, magnifying the problem. Any concept of fighting back in the name of a “moral cause” will only worsen the situation.

What we must do, and must do quickly, is to free the negative energies left in the environment that are created from past persecutions, tortures and wars from the environment, so that people have a chance to become conscious and create a better future.

In the case of Brasília, we can energetically keep the artistic and dynamic creation of the city, but we must urgently clear 2 past negative energies:

The greatest world threat is the way humans treat the environment, and survival of the human race necessitates that this should take far greater priority that any perceived conflicts or disagreements between countries.

I have seen from all my work that memory is stored holographically, not individually. In healing traumas as a metaphysician it has always been very obvious that great results require working at the level of the Fractal Patterning, the energetic imaging patterning that repeats itself at all levels of the system. In family systems, illnesses commonly do not originate from the person’s own life, but from ancestors failing to heal their own negative energy, and therefore passing down to future generations. Fractal patterns being the same in smaller or greater parts of the system, the same negative patterns will be reflected in the family system as between the organs of their bodies.

It would be a fascinating experiment to see just what would be the results of healing such negative energy fields from Brasília, and then whole of Brazil.

I estimate that 100 highly disciplined and focused Master Archetype Negotiators could achieve this level of Environmental Healing for Brazil. It would probably take 1000 to start training now, so that the best 100 of these could be ready in one year.

Will this happen? Well, humans have been holding wars for thousands of years, and haven’t yet realized that no matter what is the conflict, the cause of it is always and only an ancient recording. What is different now is that there is a terrible imbalance between technology and intelligence. We only have two choices, and not much time to make the choice:

Most scientists I know believe that it is either too late, or almost too late. We need to focus on the present moment and do whatever work we can do right now for peace that can be done in a peaceful way, because now is the only time we have.

My choice is to work for consciousness right now, what is yours?

Due to the urgency of the planetary situation, and the necessity of intercontinental cooperation, Rowland Barkley is now actively in the process of founding the BARKLEY Archetype Negotiation Method School in Slovenia, encompassing his ”22nd Century Archetype Negotiator” and “Barkley Archetypal Energy Healing”, training programs to educate Trainers, and practitioners of these methods up to the level of “Master Archetype Mediation Professional.”

Rowland Anton Barkley can be contacted at www.ogunda.com.
To contact in Slovenia: Robert Turk +386 041 389 325  This email address is being protected from spambots. You need JavaScript enabled to view it.